I'm not too sure how to start this blog entry because I am feeling quite low at the moment.

I did not complete the Milton Keynes Marathon. I withdrew from the race after 24.5km due to pain in my tendon; the only race I have ever withdrawn from. As many of you will know from my previous blog, my confidence going into this race was low. The primary cause of this was two-fold: firstly the pain to my right posterior tibial tendon (the main tendon moves the ankle and which I am awaiting the results of an MRI scan on); and secondly my self-diagnosed (although will probably be picked up as part of the MRI) tendinitis on the top of my right foot. So with injury a problem from the outset I started the race with a real confidence issue.

If there is anything positive I can take from this failed race then it is the following:

It's the first race I've run where I've been thinking about my family and the consequences of my actions as opposed to being 100% focused on my ability to complete the run.

This is a first for me. For the most part once I'm at the start line I am purely focused on the race and nothing else comes into my mind. Not today. My wife and son came to my mind quite a lot, and ultimately it is because of them that I withdrew. So with that in mind, let's begin the post-race analysis so I can explain my thought process in more detail and what the immediate future does / does  not hold for me. 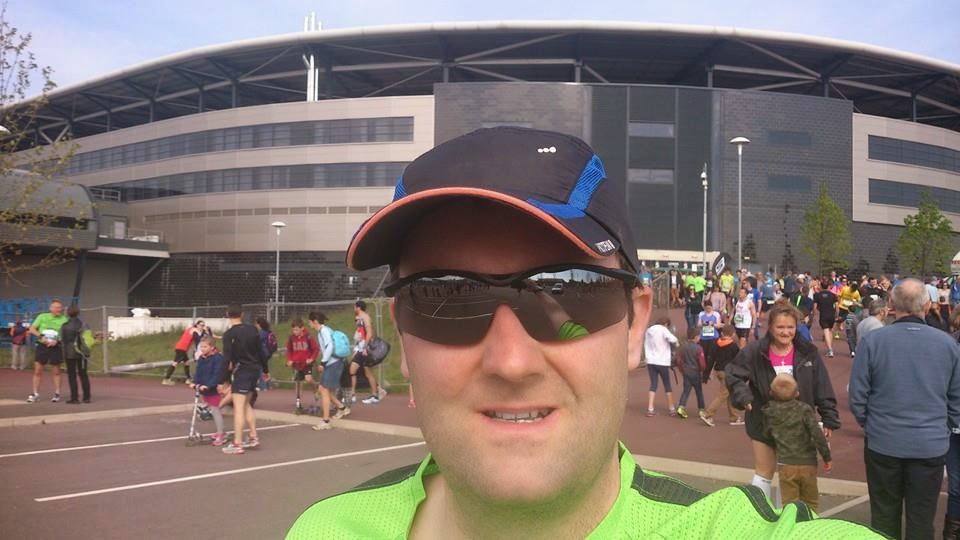 I woke up on Monday morning and my first challenge was to eat a bowl of porridge without gagging. I really do hate the stuff: hated it as kid and hate it even more now. I even tried to hide the taste (and texture) with fruit, but to no avail. So porridge consumed I headed out to Milton Keynes on what was a very sunny (and warm) day. 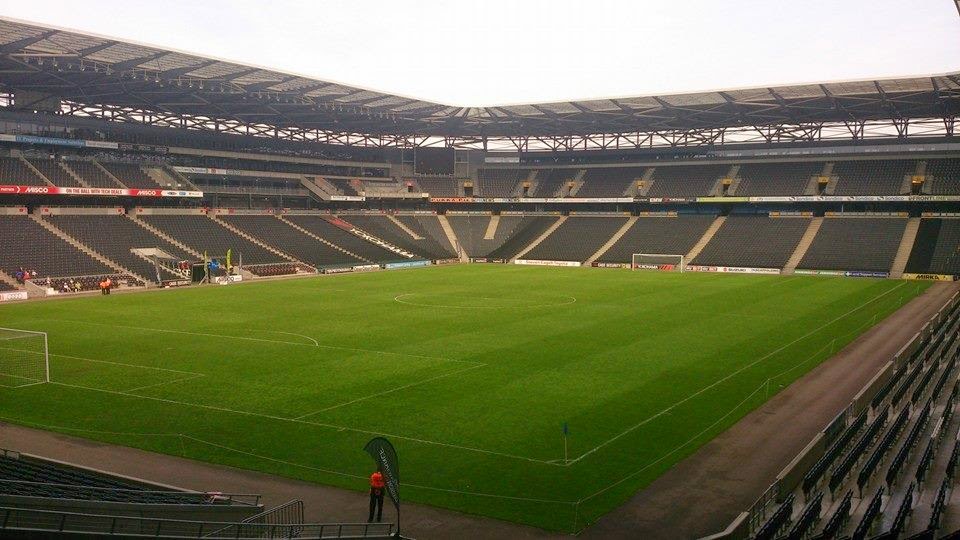 The pre-race organisation was good, and the football stadium was the start and finish to the race. I wasn't nervous about running; just worried about my tendon and whether it would hold up. The start was crazy: so many people packed into a narrow road (around 6,000 I think). I had trouble finding the 4 hour pacer but I eventually found him. I planned on sticking to him like glue and to see how far I could go.

The Race
The hooter went off (but I could not hear it) and we all started to shuffle past the start line. There were quite a few people following the 4 hour pacer and the first couple of km were a little frustrating as I was tripping over people who were running really slow. Nothing wrong with running slow (I'm a huge fan of it), but I just feel they started in the wrong position which meant faster runners were coming up from behind and tripping over them. Strangely I didn't find this an issue at Manchester, but it was a huge problem here.

As we made our way through the pack I stuck with the pacer and even chatted as I ran along side him. The pace was comfortable although the temperature and humidity on the day was high. The pace to run a 4 hour marathon is 5:42 min/km; however the pacer seemed to be running somewhat faster, and I could hear a number of runners comment on this. I asked the pacer what the expected finish time would be and he informed me he was going for around 3hrs 56 mins.

At both the 5km and 10km I looked at the average pace on my watch and we were clocking around 5:33 min/km. This was slightly quicker than I was planning on running, but the pace felt comfortable. Running with the pacer also seemed to help.

This was supposed to be a flat course - yeah right! All we seemed to do for the first 10km was go up and down hills, with sharp corners for the loop-backs. It was a little leg-sapping. The crowds were good but far less than in Manchester.

Fighting the Demons
Despite feeling the pain in the tendon from the start of the race, and more especially when we turned corners or went up hill, it wasn't until the 17th km that I started to feel the tendon tighten up to a uncomfortable level. This was not a good sign. I stopped to stretch it a few times, by which time the pacer was in the distance and there was no way I could catch him. I carried on but my pace slowed as I was concerned about the tendon; this was a repeat of Manchester: start/stop, start/stop; it was energy-sapping because I had no consistency in pace. I didn't want to give in. I wanted to complete my second marathon. I trundled on past the half way point and was wondering how I'd finish. Deep down though I really wanted to continue...that was until I saw something at the 22km that changed my whole approach to the race. 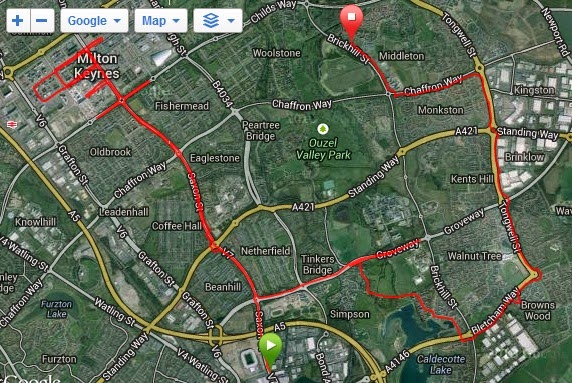 There was a woman collapsed on the floor with paramedics surrounding her - she looked unconscious. A lot of runners started to slow down; it wasn't a very pleasant sight and it started to make me think about my wife and son. If I were to rupture the tendon then what would the consequences be? I don't want to spend the next 12 months having reconstructive surgery and intensive physio on my tendon, and therefore unable to play with my son or even drive to work for a good 2-3 months. I was also thinking of the Newbury runner who died at the London Marathon. All these factors started to play in my mind.

Decision to Pull Out

No sooner had these thoughts come to my mind than I made the decision to pull out. I ran to the next marshal and withdrew from the race. It was not worth the risk; not for a marathon and given the injury I have.

Post-Race Feelings
I started to feel pretty depressed; and that feeling hasn't really disappeared (even now, 3 days after the event). I'm frustrated, angry and disappointed. These feelings are not necessarily about the actual pulling out of the event but more a realisation that I really need to stop running to allow the tendon to heel (however long that may take). I feel like a bit of a failure at the moment.

What the Future Holds
To be honest I'm not sure. Much of this will depend on what comes back as part of the MRI scan. I suspect my running season for 2014 is over; and given I wasn't planning on running much next year, then I think it will be a good couple of years more before I get back into it. So what does the future hold? It holds uncertainty until I at least get the MRI results on the 22 May. Both the Trail Marathon Wales and Endure24 (both next month) are almost certain to be scrapped from my calendar (can't see the Orthopedic Consultant saying to me on the 22 May: "Yes Mr Nicholls, you've well and truly fucked up your tendon, and of course you can run those two races - one being a tendon-crippling woodland marathon in Snowdonia and the other being a suicidal 24 hour race"). Okay, that may not be the exact words he'll use, but you get my point. Not running those races really pisses me off.

Conclusion
Not really sure how to conclude this blog entry since all my feeling are laid out above for everyone to see. I made the right decision to pull out, but that is little comfort when I know I'll be pulling out of the rest of my races for this year. I'm a pretty shit runner really, but I do enjoy it and it helps me stay in shape (sense the irony in that statement!). So no 2nd marathon medal this year, nor an ultra experience. At least I got to run a marathon; and not many people can say that...
Posted by Unknown at 04:59