The Dark Side: Cycling! 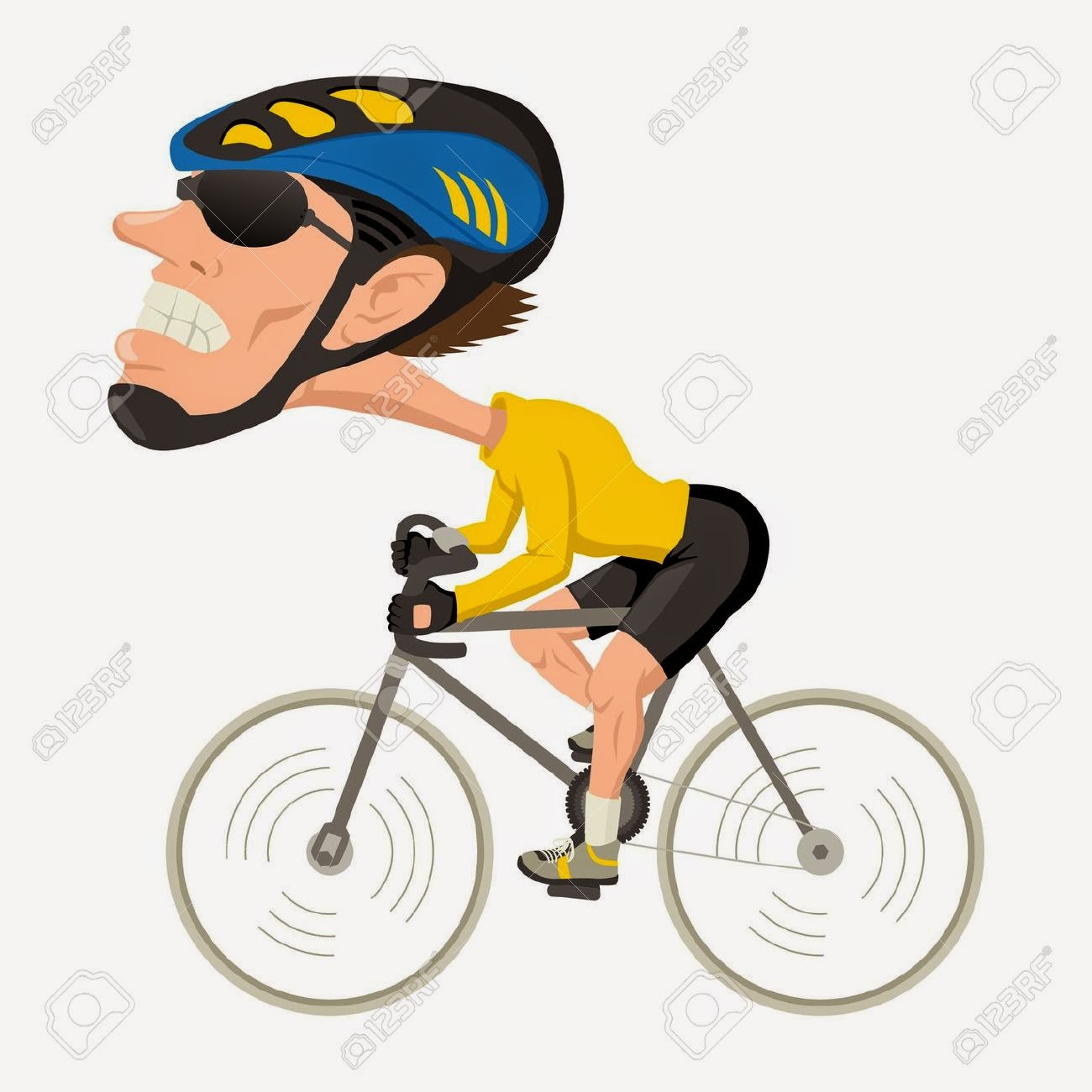 I never thought it would happen. After many years of abusing my cycling friends, I've now finally succumb to the sport myself (well, sort of).

In the past I've always considered cyclists as dork-ish looking people with helmets and padded-ass shorts who think it's fun to spend hours pedaling away along the roads, usually getting in the way of traffic, pretending they're in the Tour de France and dressed like their biking heroes. Runners however, especially long distance runners, are more concerned about not dying, and so such lavish undertakings by cyclists are pretty much non-existent in the running world.

However many runners do turn to the Dark Side cycling after an injury (and one could argue that's too late in the day) - that is, they're forced into riding a push bike to stay sane whilst rehabilitating from shin splints, stress fracture or other joint pain; and that is very much the reason why I've now taken it up. Just recently I had some pain around my right shin and rather than running on it I stopped (thinking bigger picture this year) and decided, after 4 days of become increasingly frustrated by not being able to do exercise, to purchase a bike so I can at least maintain some of my fitness during these dark days of injury.

So here I am - three tiny bike rides in and I've already spent more money than running and I have a sore arse to show for it!

*** Honesty Note: to be honest that's not technically true; my running watch alone cost more than the bike and all the cycling gear thus far***

How Did It Get To This?

I'm not 100% certain I have shin splits, but from reading various articles on the web it certainly seems the most likely cause of my pain. I can only imagine the reason for this has been the sudden ramp up in speed and hill sessions when running. After having a good first week of 2015 running (see my previous blog) I then came down with man-flu which knocked me out for a week. I then started training lightly at first and, once I started to feel better and my HR was starting to recover, I then brought in some speed and hill work into my training. Nothing too strenuous but certainly more than I've been used to recently. I was starting to make progress and my road to the 9Bar Chilly 10k in February and a new 10k PB was starting to look possible. Then, just as I was about to attempt a parkrun PB, my right leg started to hurt. A dull pain deep within the muscle around left side of the right shin. It certainly felt like the bone. Well...having had a stress fracture in the same leg before I knew that I had to stop running immediately or this could knock me out for quite a while. A light dose of shin splints, if caught early, could go within 2-3 weeks of not running; a stress fracture is more like 10 weeks at best. Not wanting to make it worse I decided to give up the running for a while. However I wanted to keep as much of my fitness as possible, especially my cardio. Not being a huge fan of swimming I decided to get a cheap bike.

When it came to the bike I only really had two options: a road bike or a cyclocross; and neither are cheap, not even on e-bay. A road bike meant I could only go on the road, and smooth roads at that. It would allow me to go fast, but even a semi-good bike is at best £450 (and these get bought up very quickly on e-bay). Cyclocross bikes are similar - a good one starts around the £600 mark, and on e-bay they go like hotcakes. Given the bike is only there as a "injury recovery" bike, I decided to set a small budget of between £300 - £400. The cyclocross however, would allow me to go slightly off-road, which meant I could go on some bike rides with my 4 year old son. It is for that reason, and that reason alone, that I went for a cyclocross.

After much research, and being outbid on e-bay more times than I'd like to remember, I decided to opt for the Carrera Crixus II Cyclocross bike at Halfords for a bargain price of £250.


It's not the best bike nor the lightest but it should suffice for my needs. I don't plan on riding hundreds of miles per week on it, so as a starter bike it will do me. Once my shin splints have disappeared I shall start bringing this into my training program as a means of reducing the impact on the legs as a result of running all the time.

*** Wishful Thinking Note: at the time of time writing I have absolutely no interest in entering any kind of cycling race whatsoever...never, ever...I just want to point that out now...***

So here's to a speedy recovery from shin splints and a cardio which is vaguely maintained as a result of cycling....
Posted by Unknown at 04:59