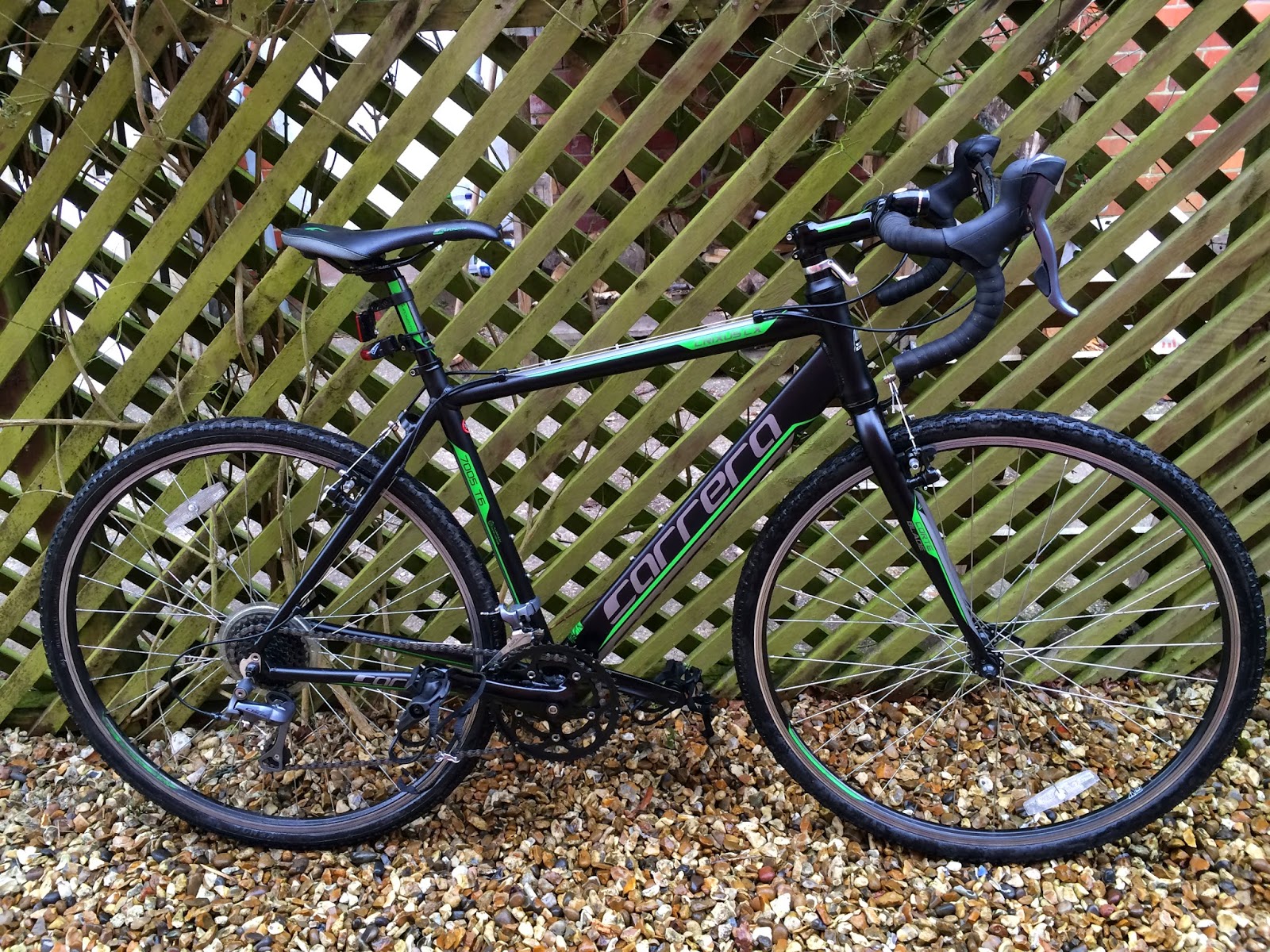 It's been quite a while since my last posting - way back in Jan 2015. The reason for the delay has been the small matter of being made redundant. It was unexpected and the timing couldn't have been worse. The initial 2-3 weeks were horrendous. I won't go into detail, but suffice it to say I didn't eat much and spent 8 hours a day sat in front of my laptop firing off applications. I was completely depressed and when I did try and get out for a run, my energy levels were so poor that I ended up struggling. I can safely say that was a horrid period and one I never want to return to. As I type this I've been offered a new position and so things are starting to brighten up. That said, it hasn't been all dull. During the last 2-3 weeks I've been putting in some good training runs, culminating in a new parkrun 5k PB of 22:07 (only 7 seconds off my target for the year). For me cycling has really helped; and so this blog entry is about how it helped me. Not just to a new PB but also how it helped me through a difficult period....

Let's Start At The Beginning...

As you know, before I was made redundant I invested in a bike. I took it to work with me and rode during my lunchtime - usually between 15 - 20 km each lunch. The terrain was a mix of both road and off road and I was really making good use of the off-road tyres on the bike. I invested in a watch mount for my Suunto Ambit2. After many reviews I chose the Polar. I'd read the Ambit2 fitted perfectly and I wasn't disappointed. As you can see from the pictures the fit was perfect and it allows me to easily see both my cycling statistics and, more importantly, the route I am cycling when going somewhere new. I just plot a route on Movescount and push it to my watch. Ideally I'd have liked a quick-release, but for only £5 I was happy with the mount.

The watch mount really helped and I managed to plot some good routes. I did a few local 30k routes and a 50+ km route out towards Burghfield and back. My heart is not used to a bike and so it seems to rise and rise quickly. I really struggle to lower it. It's made worse if there is any headwind or incline. I changed the tyres on the bike from chunky off-road tyres to new slick 28mm Continentals. This has made a huge difference and rolling speed is much quicker with less effort; although there is no getting away from the fact the bike is much heavier than traditional road bikes.

However this blog is not about cycling so I won't bore you with too much detail, but suffice it to say the old cycling is helping my running.

So with combination of redundancy, stress, unfocused running and the introduction of cycling, it was going to be interesting to see how I tackle a parkrun. Some of the Newbury Runners had decided to venture down to Basingstoke to run their parkrun. Around 12 of us went in the end. Once we arrived there was a wind. I'd never ran this event before so Nathan, Greg, Nik and I decided to do a warm up lap. An interesting course with a mix of terrain. Once the race started I had Nathan and Nik pacing me and, to my surprise, I managed a 22:05 (official time 22:07). I'd stopped 500m before the end to catch my breath, but now wished I hadn't. That few seconds prevented me going sub-22 mins - aarrgg!!! I was really happy as I'd knocked around 50 seconds off my old PB.

My target for 5km this year was sub-22, so this was a really run. My first real attempt at a PB this year and I came close to obtaining my yearly target. Since that run I've ran the effort once more, but ran a rather poor race. Went out too quick with a 4:16, 4:16 for the first 2 kms. Finished with a 22:23 but stopped several times. The old HR just wasn't playing ball. I'm determined to go sub-22 at Basingstoke and will not return to Newbury parkrun until I've achieved it.